Unlevelling is a first person, single player, action-RPG that puts the player into a fantasy world full of dangers and enemies to defeat. One thing is a bit different from others RPGs, everything you have learned about fighting monsters to level up, gaining power and evolving your character works backwards.

The player starts the game with a top level character with all skills and attributes maxed out, and unlike others RPGs he will lose experience every time he defeats an enemy so he'll have to adapt his character during the game experience.

Instead of gaining new powers, he will lose skills and abilities over and over again.

It could appear awkward at the beginning, but this approach will push you to try new combinations of powers and to change your playstyle everytime you start over the game, without the typical grinding part that usual RPG requires.

The player will be a legendary hero called back from the afterlife to face the overwhelming power of his former enemy, a lich wizard that wants to take back control over Sirendor. The wizard has cast a terrible curse over all humankind to stop everyone from trying to stop him. Any warrior, even the strongest, fighting against his army would lose strength battle after battle, consuming both his power and youth.

The same fate will befall onto the player if he abuses his power trying to fight back the Lich's army, he will have to be smart, avoid unnecessary battles and try to preserve his power to face the wizard and his ancient guardians.

For many years in the region of Sirendor men clashed in bloody conflict to take control over the land.

An old and powerful wizard decided to make his own move and take the reins of the conflict.

The fearsome magician, using an ancient spell, was able to break down the boundaries of death itself becoming a terrifying lord of the undead.

Corrupted by his own power and bloodlust, he led a demon army against men and soon became the undisputed king of the region.

50 years ago it all came to an end, a group of extraordinary adventurers led by the legendary hero Atanvar managed to overcome the wizard's defences and defeated him in a bloody battle even if at an high cost.

With a powerful magic, Atanvar hit the dreaded lich and disappeared with him.

The land, even though the scars of the numerous wars are still visible, have begun to flourish under the guidance of a wise council composed by the same warriors who 50 years before had restored the peace.

No one could have expected that despair would have knocked on doors so soon.

The lich, who everyone believed had been defeated forever, was instead put into a deep sleep, sealed by the hero's powerful spell.

Unfortunately, after only 50 years, the forces of hell were awakening once again.

The Lich's army returned to rage into the streets, unstoppable monsters marched towards the cities spreading despair and this time nothing seems able to stop the lich's reign of terror.

To prevent any other daredevil from stopping him again, the magician threw a terrible curse upon all people of the region, anyone who tried to oppose his forces, however strong and courageous, ended up losing his power, clash after clash, until he collapsed helpless and aged.

The wise, once valiant warriors, have no longer the strength that characterized them in youth so, as a last hope, they decided to resort to the spell that for centuries had been banned as the most dangerous of all, a spell that transcends good and evil, life and death, a spell that can call back a soul from the afterlife.

Infusing their entire life force into the spell the wise put their lives and those of all mankind in the hands of the hero that saved them in that day 50 years before and that now will return to protect them once again. 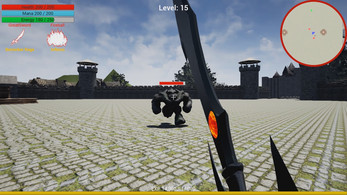 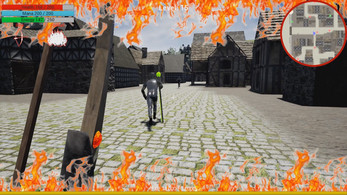 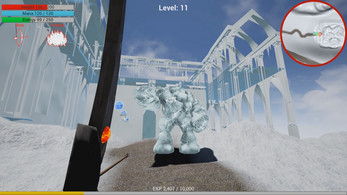 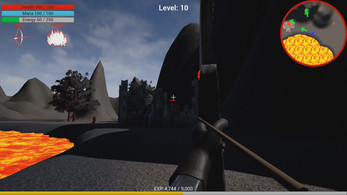 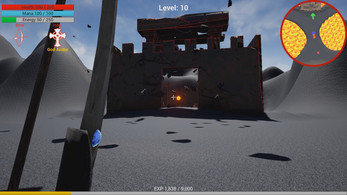 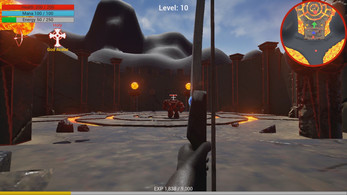 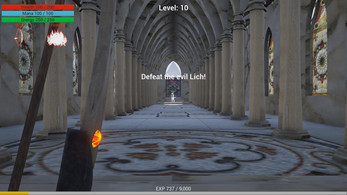