A downloadable game for Windows, macOS, and Android

You are participating at the Galactic Championship: travel all around the universe and challenge other players in different games! Go as far as you can and save as many lives as possible. Jump in London, reverse gravity rules on the International Space Station, Avoid asteroids on Moon and reverse your brain in Reverse mode!

Normal: jump over boxes and avoid the angry pigeons in London!

Jetpack: use your jetpack to avoid asteroids on Moon surface!

Reverse: commands and direction of run are reversed, your mind will be blown!

- Procedural level generator: all levels are procedurally generated, you will never play the same level twice!

- 5 difficulties for each mode: noob, easy, normal, hard and extreme!

- Multiplayer (you need an active connection): challenge your friends or a random opponent in 3 rounds of increasing difficulty! Who makes the best total score wins!

- Global highscores (you need an active connection): who is the best player in the universe? Your score depends on level length, remaining lives and difficulty. If you complete a level at noob difficulty you'll always get zero points (na na na naaa!)

"TheWideogame: A galactic adventure" is a one button running game developed for the 2014/2015 Video game Design and Programming course at the Politecnico di Milano (more information at http://www.polimigamecollective.org ).

Special thanks to our supporters/testers: 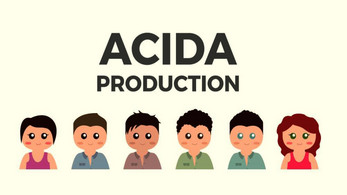 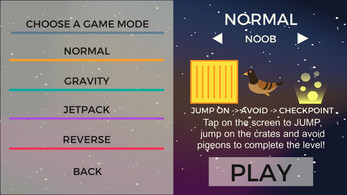 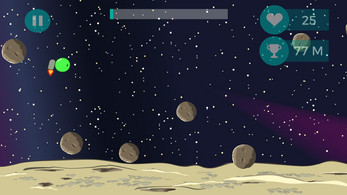 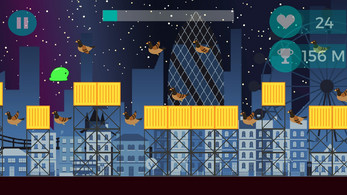 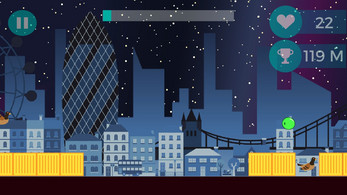 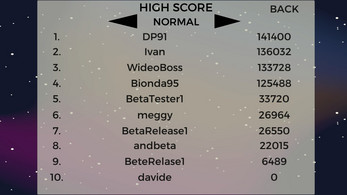 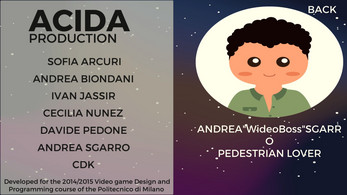