Do you know the saying “as easy as taking candies from a baby”? This sentence has never been so wrong!!

Ninja Sweet Ninja is a 2D top-down stealth game, in which the player controls Greedy, a skilled ninja who has been banned from his monastery due to his greediness for candies. But he can’t stay without them so, for this reason, he breaks into several babies houses in order to steal all the candies he can eat.

Greedy isn’t an ordinary ninja, he follows a very strict honor code which prohibits the use of any weapons against enemies, but he has the amazing ability to transform into different types of objects to hide himself and exploit the environment to his advantage.

The game is structured by levels, settled in a cartoon style world, with nice houses and buildings populated by funny families whose members have large disproportionate heads and big cute eyes.

For every level there are one or more objects in which the ninja can transform and, for each object, there are safe areas where enemies cannot notice Greedy if he is transformed into the object coherent with the environment’s furniture.

The goal of every level is to enter the building, eat a candy located in a room of the level and exit from the building without being discovered.

If one of the enemies sees the ninja, it’s game over and the player has to restart the level from the beginning.

Despite this is being a stealth game, with fast movements and reasoned strategies alternating each others, the atmosphere of Ninja Sweet Ninja is funny and hilarious, mixing hardcore mechanics with a sense of light-heartedness.

Will you be able to help Greedy to eat all the candies of the city?

Ninja Sweet Ninja is a videogame developed for the Videogame Design and Programming course of the Politecnico di Milano. More information at: 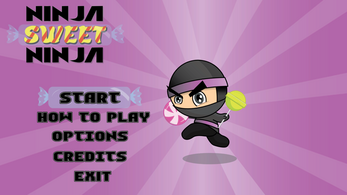 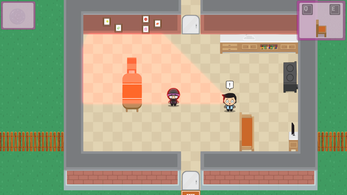 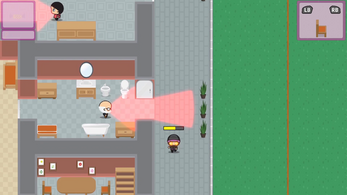 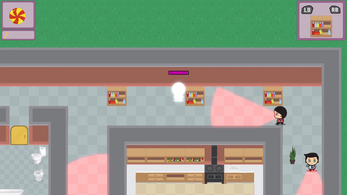 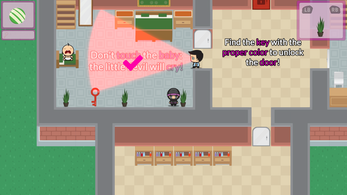 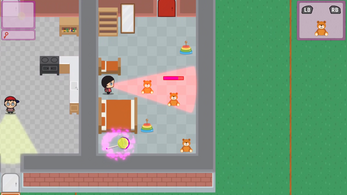 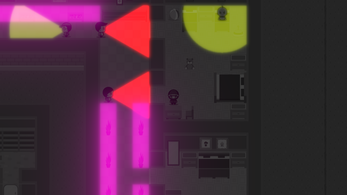