Kin, the great priest of the city of Copàn, is celebrating the traditional ceremony of the Katun, a ritual that must be repeated every twenty years, in order to guarantee the sunrise the next day and open a new era. But something goes wrong.

Ah-Puch, the god of shadows, darkness and death wants the Earth to fall under his domain, contrasting with his powers the ritual performed by Kin. That’s why he has to begin a journey to reach the gods of the sky and convince them to join him against Ah-Puch.

Kin the Mayan Priest is a 2D platform videogame for PC characterized by traditional value, taking inspiration from the ancient and mysterious Mayan culture and their knowledge of astronomy.

These traditional elements are inserted in the videogame in a playful way, emphasizing the mythology and folklore traits of their culture.

The aim is to design a funny and relaxed videogame experience, that allows the player to be engaged in its magical atmosphere; therefore the focus will be also on the aesthetic value, offering an experience in which the dreamlike atmosphere is enhanced.

The player will control Kin, a Mayan priest who has the power to control the stars’ light. The Mayan theme will be presented to the player through the storyline and the atmosphere of the game world in which the events will take place.

The game is in 2D, so the player will have a side view over the game world and will be able to guide Kin in his adventure choosing the best strategy to face the level design and the fights.

The challenges that the player will have to face are focused on the best path to choose among the ones offered by the level design in order to reach the end of the level, the connection of the stars in the sky in order to defeat enemies and destroy obstacles on the way. Players will be able to make decisions based on the positioning of the elements inside the game world and to solve puzzles to reach the end of the level.

The skills required to be able to play this game are a discreet ability with platformers and logic. Both are needed to overcome the obstacles in Kin’s journey and to defeat the enemies on the way. The fighting system is the most innovative feature of the videogame, it doesn’t require particular abilities except for the ones mentioned before. 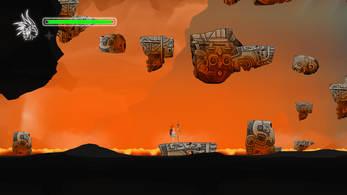 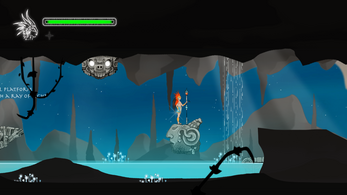 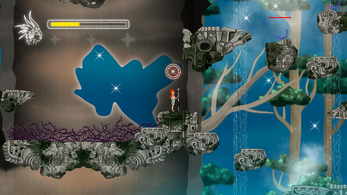 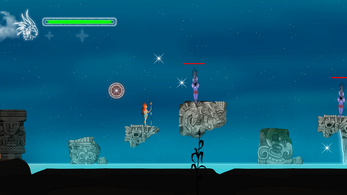 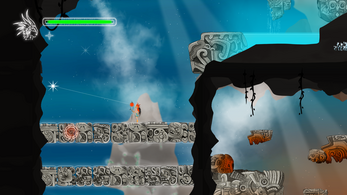 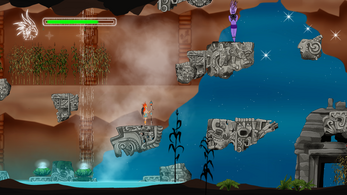 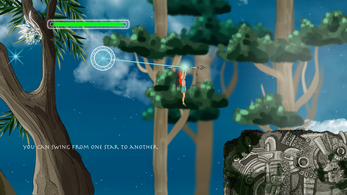